The Big, Stressful House Move: How To Do It Right

The Big, Stressful House Move: How To Do It Right

Moving into your dream home can be difficult. Here’s some advice from the experts 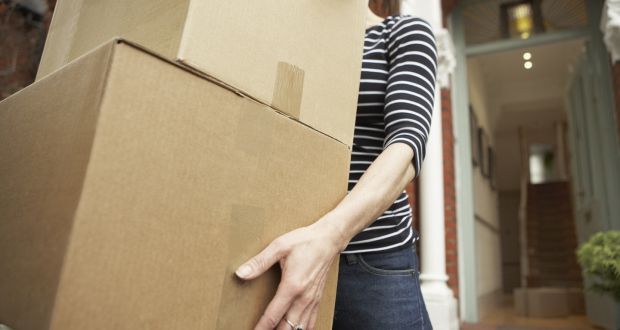 Moving house? The earlier you start the better – and cheaper. Photograph: Nick White/Getty

“Don’t opt to pack up your things yourself,” says Derek Ryan of Bray Removals. “People always underestimate how long it takes. The problem is, they have an emotional connection to their furniture and that delays them. We just come in and get it done.”

A second-generation house mover, Ryan has seen the advent of a new stressor in recent years – the between houses bit. “There was a time when it was all done on the day, out of the old house and into the new one. That rarely happens now, so people are having to pay for storage too and, if they’ve stayed in a rented house, move twice,” says Ryan.

“Everyone we work with is either moving in or moving out. We deal with house moves on a daily basis and I can tell you it absolutely is one of the most stressful events a person goes through. On average 25 per cent of the people who relocate somewhere will arrive sick, which gives you some idea of what’s involved,” says Christine Winning, founder of Corporate Care Relocation, a company that specialises in helping the staff of multinationals move home.

It’s not just packing up and moving to a whole new country. Even moving around the corner is enough to shred the most robust nerves. “It’s the upheaval. It’s having strangers walk into your house and handle your things. Most people don’t like it,” says Dee Hulse, managing director of Arpin International, a moving company.

Pressure to get everything moved on time doesn’t help. “A huge part of the stress comes from the fact that moving tends to be time critical – you’ve got to get on that plane or hand those keys over,” says Winning.

The earlier you start the better – and cheaper. Peak times for movers are summer, December, January and Easter. If you can organise to move house outside of these times you’ll get a cheaper quote.

Save more money by being ruthless about what to take with you. “Do I need it?” should be the big question hanging over everything. And I mean everything, as in, do you really need those Christmas cards the kids have been making for you for the past five years,” says Winning.

If you have furniture to dump, Dublin City Council (Dublincity.ie) launched a bulky household waste collection service in May which will cost €40 for up to five items, including large ones such as sofas.

Sell items on DoneDeal.ie, or give them away for free on Freecycle.org or Jumbletown.ie.

Charities such as Age Action Ireland will come and collect – free of charge – items good enough for resale in one of their shops. Oxfam’s furniture store on Francis Street has a deal going with local couriers that will cost you €30, as long as items are in good condition with, for sofas, fire safety labels attached.

“There is no point paying to move stuff you are only going to get rid of in the new house,” says George Stevens of removals firm GA Stevens which is based in Bray, Co Wicklow.

“Very often people move into a new home, do it up, and then all of a sudden they don’t feel nearly as sentimental about some of their things as they did before the move. We often find they get a skip in the new house and clear it out then.

“Much better, and cheaper, if it’s a family home you are selling, to get on to adult children who have moved out to come and take their things, or ask friends and family if they would like things, or just give them to charity. And start early. If you are planning a move this summer , start chipping away at the decluttering now. If you leave it until the 11th house it will only cause you more stress.”

Culling becomes even more important if you’re sending goods overseas. “Shipping is based on volume and weight. It works out 11 times more expensive to ship a pillow than to buy a new one,” says Winning.

If you’re moving within Ireland, the cheapest option is to round up some friends with cars and kid yourself everyone’s having fun.

Or rent a Ford Transit from valuevanrental.ie for €100, and go DIY.

A third option is to hire a “man in a van” to do the heavy lifting for you. E-Van Transportation (manwithavandublin.ie) uses Ford Transits and specialises in apartment and smaller house moves in the greater Dublin area. It charges €75 for a local service while a longer distance, such as Dublin to Cork, costs €295.

For larger houses you’ll need a full-sized lorry service and, most likely, a full packing and lifting service too.

“People always think they can do it themselves until they realise they don’t even know how to do it,” says Winning.

“They’ll remember their sofa was delivered by the furniture store, their bed was assembled in the bedroom. A good moving company will have all the right packing materials to do it right, and they’ll build crates for outsized or precious items like pianos and antiques. It’s better value, and not much more expensive, to get them to pack for you,” says Winning.

When shopping around for a mover, make sure they have transit insurance and ask what their replacement policy is, if it’s “like for like” or “new for old”, in case something goes awry.

Look for hidden costs. Some will charge more if there is what’s called a “long carry” at either end, such as delivering to the third floor of a block of flats, or if there are access issues in your house.

And try to get your scheduling right. “It happens so much in Ireland that you get delays between moving houses, banks that haven’t released money or keys that haven’t been passed to solicitors,” says Winning.

Any delay in unloading a mover’s truck results in extra charges for you. If a significant gap looks likely, invest in self storage. Elephant Storage Dublin charges €10 a week for a 3 cubic foot locker, rising to €96 a week for a garage unit.

If you’ve gone for the full packing service, your goods will be unpacked at the other end. “Our guys are trained to disassemble and reassemble furniture such as beds and dining tables, and all furniture will be brought to the right room and reassembled there. Boxes will be marked and also left in the correct rooms,” says Alicia Emeric, senior move manager with Crown Relocations which has its Irish base in Finglas.

Be warned however, this does not always extend to IKEA furniture. “Very often to save space people will want it taken apart but it’s not meant to be put together twice, so it can be tricky. Some movers will do it, but there is no guarantee it will be right,” says Emeric.

Emeric estimates the cost of a full packing and repacking service for the contents of a standard suburban house, going from Dublin to Cork, at €4,000 plus VAT. Such a move will typically take two days to pack and one to deliver.

Where you opt for the full, white glove service, you don’t even have to be there to supervise. “All you have to do is a valuation for insurance purposes,” says Hulse, all of whose staff are fully trained and Garda vetted.

She has seen a marked change in the direction of international moves in recent years. “From 2009 to 2014 we were taking a huge number of private individuals, especially young professionals such as doctors, to places like Australia. That has died down and now we are seeing an upturn in the number of ex-pats coming into the country, driven by foreign direct investment.”

For everyone coming into a house, chances are there is someone who has just vacated it and who is cursing themselves for having reckoned on doing the final clean up themselves.

Don’t kid yourself, says Winning – “people always want to clean it themselves but when the time comes, with all the packing up, you’ll be just too tired.”

You might have no choice but to get it done however. “Tenants often have to do a deep clean when they move out as part of their contract. They have to do it to get their deposit back,” says Mark Zemietro of Maze Facility Services, which charges between €250 and €300 to clean a standard three-bedroom semi-detached house.

And finally, when you’ve reached your destination, checked your goods and found the kettle – there’s just one more thing to remember. “Make sure to get the movers to take away the packing materials,” says Winning. “They’re supposed to, but sometimes they forget.”