Home/Elephant's/Elephant Self Storage, Elephant of the month, John L. Sullivan
Previous Next

John L. Sullivan or Old John (who was named after the boxer John L. Sullivan) performed a boxing act whereby he would place a boxing glove at the end of his trunk to spar with his trainer for the Ringling Brothers Circus.

Old John, stayed on with the circus after he retired from performing. He babysat for the performers’ children, did heavy lifting, and led the elephant herd to and from the show grounds and train until he passed away in 1932.

On 9 April 1922, John, with Dexter Fellows, began a 53 mile pilgrimage from Madison Square Garden to pay tribute to Old Bet, the first elephant in America. 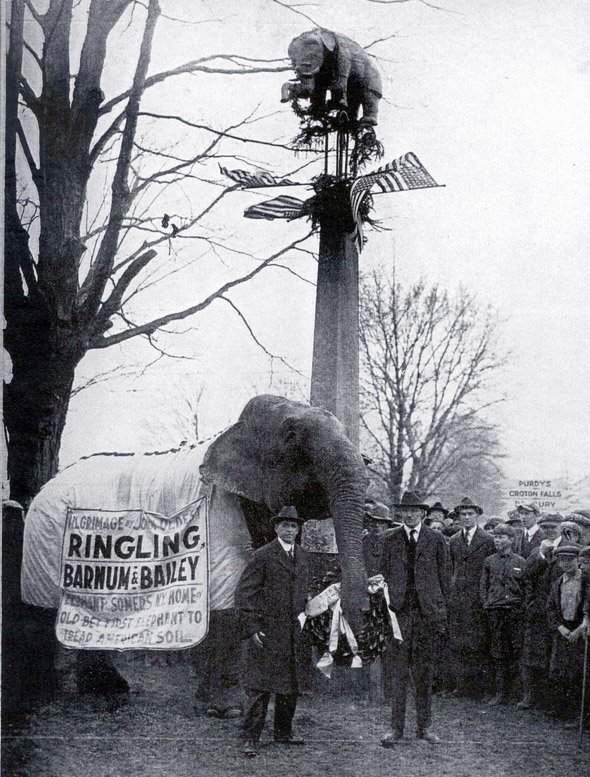